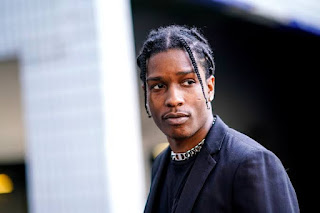 A Swedish court has found ASAP Rocky  guilty of assault.
The Harlem-born rapper was charged with assaulting a 19-year-old Afghani political refugee named Mustafa Jafari last month. Videos capturing the confrontation were presented during the trial and showed ASAP Rocky punching, kicking, and throwing Jafari to the ground. ASAP Rocky claimed that he and his entourage were instigated by Jafari and his friend, and that he responded in self-defense. Jafari told the court that he approached the rapper’s crew after losing track of a friend and that ASAP Rocky’s bodyguard broke his headphones. According to the Times, the judges found ASAP Rocky’s story unconvincing.
ASAP Rocky received a suspended sentence and a fine of $1,307, but will serve no additional prison time, according to the New York Times. He had already spent over a month in a Swedish detention center in the lead up to his trial. Last week, he was granted a conditional release pending the court’s verdict. He flew home to America and staged a comeback concert at California’s Real Street Festival over the weekend. He was not required to be in attendance for today’s ruling.

At the urging of ASAP Rocky’s friends, Kanye West and Kim Kardashian-West, President Donald Trump personally became involved in the rapper’s court case. He called Sweden’s prime minister to “vouch” for ASAP Rocky and offered to pay the cost of his bail (there is no bail in Sweden). The US Ambassador for Sweden also warned of “potentially negative consequences”  if Sweden went ahead with the trial.

Ultimately, Sweden was not swayed by the the Trump administration. “I [explained] that the Swedish judicial system is independent. In Sweden, everyone is equal before the law, and this includes visitors from other countries,” Swedish Prime Minister Stefan Löfven said of his conversation with Trump.
ENTERTAINMENT