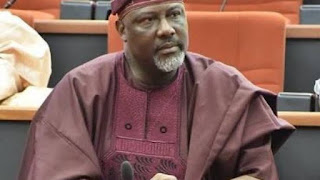 The tribunal ordered a fresh election to be conducted in the senatorial district.

Mr Melaye’s closest rival, Smart Adeyemi of the APC, had challenged his victory at the tribunal.

Mr Melaye was first elected to the House of Representatives in 2007 to represent Kabba/Ijumu federal constituency. He served two terms and later won election as a senator in 2015. He was declared winner of the February 2019 to serve another term in the Senate.

If he emerges as PDP candidate, the senator will go head-to-head with his bitter rival and current governor of the state, Yahaya Bello. This also depends on if the ruling APC decides to field the governor as its candidate.

Good journalism costs a lot of money. Yet only good journalism can ensure the possibility of a good society, an accountable democracy, and a transparent government.

For continued free access to the best investigative journalism in the country we ask you to consider making a modest support to this noble endeavour.
POLITICS