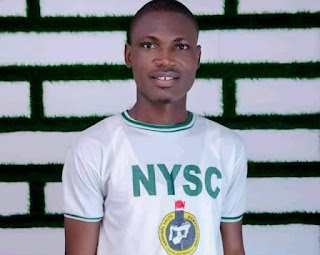 Simon Godwin Idoko, a 29-year-old First Class Graduate of Pure and Applied Chemistry from the Usmanu Danfodiyo University in Sokoto State, lost his life few days after passing out of the National Youth and Service Corps (NYSC) program.

Simon who reportedly took JAMB six times before gaining admission for his first degree, served as a graduate assistant at Godfrey Okoye University in Enugu State before his death.

A friend of the deceased, Ameh Godwin went on Facebook to confirm the sad incident as he paid tribute to the late Simon.
He wrote, 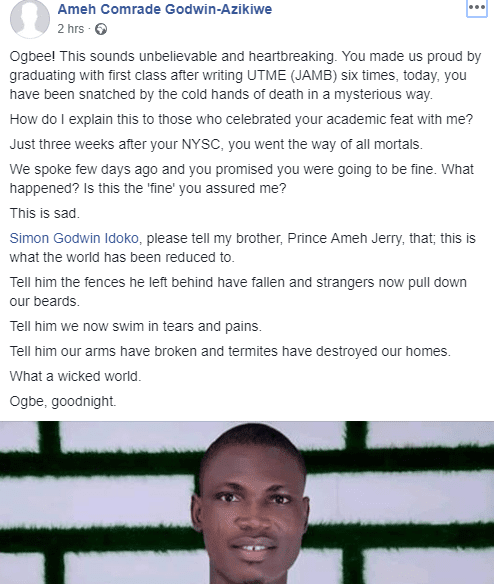