- August 19, 2019
Hillary Clinton took it all back to where it began as she wished her husband and former US President Bill Clinton a happy birthday.

Sharing a childhood photo of Bill Clinton, the former US First Lady and Democrats Presidential candidate in the 2016 election wrote "Happy birthday, Bill!". 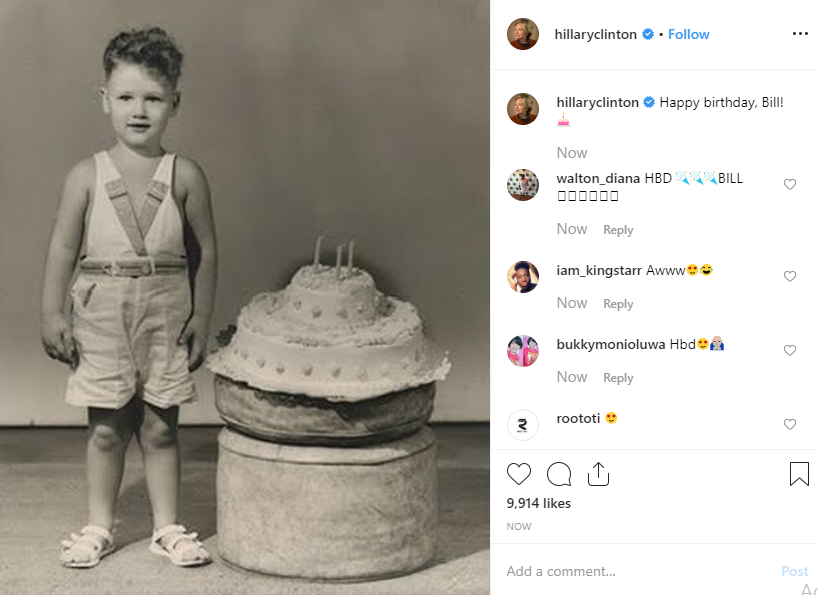 Hillary Rodham married Bill Clinton on October 11, 1975 at their home in Fayetteville. Before he proposed marriage, Clinton secretly purchased a small house she said she liked. Their only child and daughter Chelsea Victoria, was born on February 27, 1980.
INTERNATIONAL NEWS