Homosexuality Is African. It Wasn't Brought By Europeans -jidenna 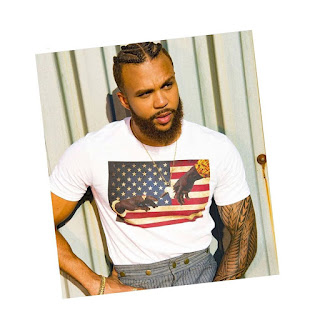 Nigerian-American Singer, Jidenna, has said homosexuality is very much African and not a derivative of European culture.

He made the disclosure on Monday, while visiting Sway’s Universe. The Stanford graduate said: “You hear these African leaders who are dressed in three-piece suits, got an iPhone, speaking in English and not their native tongue, saying, ‘it’s unafrican to be homosexual, it’s unafrican… we don’t have it. That was brought as a European import.’ .

It’s not true. It’s not true at all. You got Uganda, the kingdom of Buganda at the time… Before Uganda, there was an openly gay king. If you go to Zimbabwe… the bushmen as they call them, you’ll see homosexual acts in the Cape paintings. .

If you go to different communities in Africa, there were different rights of passage where if a woman was with a woman, or a man was with a man, they were thought to be more powerful. .
.
There was never a time where this didn’t exist. Or where it was just hands down that homosexuals were wrong. That’s not actually an African thing, which means it’s not a Black thing to be homophobic.

So, what is a foreign import is actually the idea that this is somehow wrong. That’s the truth. That’s actual history. Y’all can google it. You can look it up. Don’t take my word for it. Look it up.”
ENTERTAINMENT