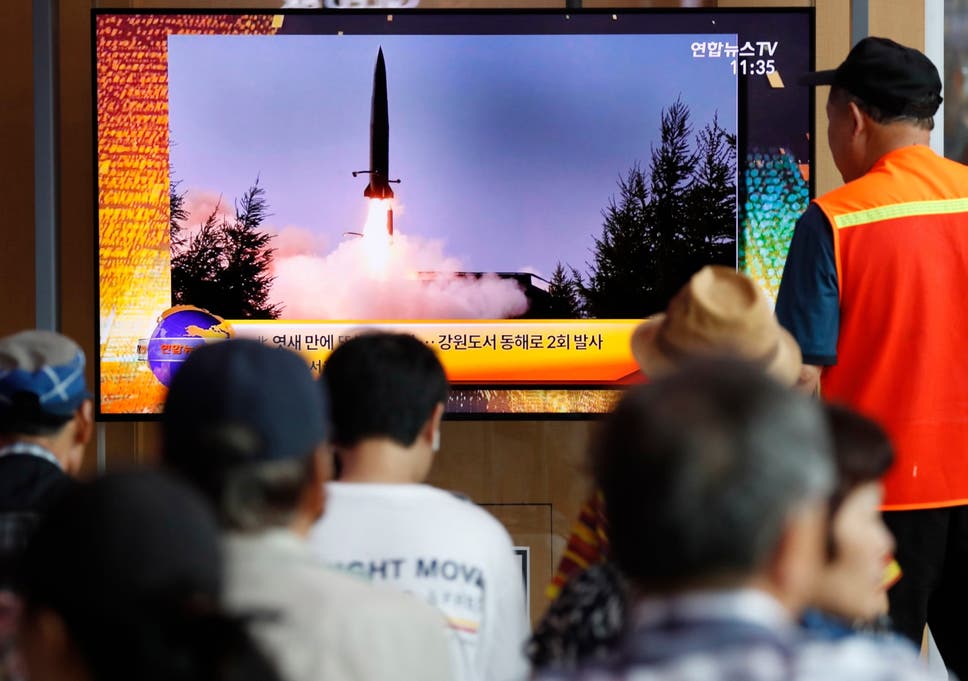 North Korea has test fired two more missiles, just hours after saying it would never sit down for talks with South Korea again.
It is the latest in a series of firings, triggered by, amongst other things, joint military exercises between the US and South Korea.

North Korea has called them a rehearsal for war and has been further angered by a speech from South Korea's President Moon Jae-in in which he vowed to pursue talks aimed at uniting the two Koreas by 2045.

Describing President Moon as "impudent", the North's spokesman for the Committee for the Peaceful Reunification of the Country said in a statement: "We have nothing to talk any more with the South Korean authorities nor have any idea to sit with them again.
South Korean President Moon Jae-in was described as 'impudent' by the North
He said President Moon was "overcome with fright", adding: "His open talk about 'dialogue' between the North and the South under such a situation raises a question as to whether he has proper thinking faculty

And he said it was "senseless" to think that inter-Korean dialogue would resume once the military drills with the United States were over.

Friday's missile launches are the latest complications in attempts to restart talks between US and North Korean negotiators over the future of Pyongyang's nuclear weapons and ballistic missiles programThose denuclearisation talks have stalled despite a commitment to revive them made at a 30 June meeting between US President Donald Trump and North Korean leader Kim Jong Un.