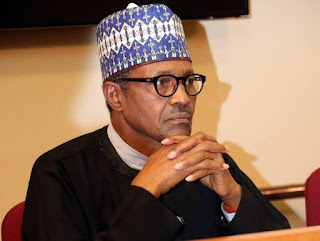 Justice Butcher of the British Commercial Court gave the ruling on Friday. The ruling will likely raise concerns among foreign investors. The case dates back to 2010 when Dr. Goodluck Jonathan was Nigeria’s president. .
.
The Nigerian government, under Dr. Jonathan, had struck a deal with the Irish firm to supply gas to a processing plant built and run by P&ID in Calabar. .
.
The agreement was for a 20-year deal. But the Nigerian government failed to keep to her own side of the agreement, prompting the firm to take the case to court. .

Meanwhile, in 2013, P&ID won a $6.6bn arbitration case against Nigeria. The figure was calculated based on what the company was estimated to have earned over the course of the 20-year agreement. .
.
But in today’s ruling, the firm said the amount had risen to $9bn following interest accrued so far, reports City A.M. Today’s decision means that the arbitration is converted into a legal judgement, allowing P&ID to attempt a seizure of the assets.

Andrew Stafford QC, P&ID’s lawyer, said: “We are pleased that the Court has rejected Nigeria’s objections both to the arbitration process and to the amount of the award, and that it will grant permission to P&ID to begin enforcement of the award in the United Kingdom.
He added “P&ID is committed to vigorously enforcing its rights, and we intend to begin the process of seizing Nigerian assets in order to satisfy this award as soon as possible.”
POLITICS