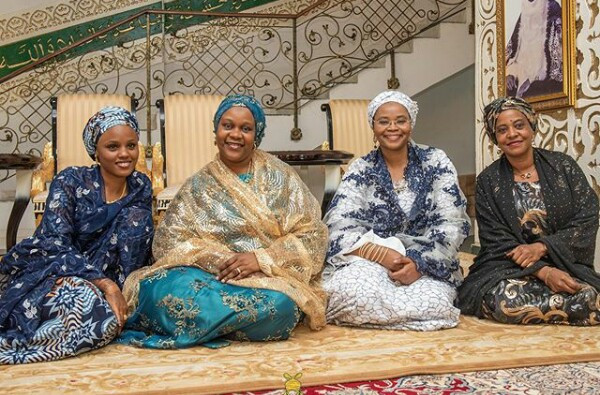 Wives of Emir of Kano Muhammadu Sanusi II, including the youngest HRH Sa’adatu Barkindo Mustapha, were pictured together on Sunday August 11th in Kano