Serial killer of gay men in us hanged 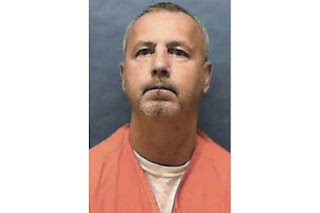 Gary Ray Bowles a 57-year-old man who admitted to killing six gay men in 1994 from Florida to Maryland has been executed.

Bowles confessed to all six killings, but has been tried, convicted and sentenced to death for just one - that of Walter Hinton, who was killed in Jacksonville Beach, Florida.


He met his victims in bars and, in each case, the victims were found with objects shoved down their throats.


These included a sex toy, toilet paper and a towel, prosecutors said.


Hinton was the last of the six murders, carried out in a gruesome eight-month period across Florida, Georgia and Maryland.

Investigators say Bowles left an abusive household as a child and worked as a prostitute to gay men for a number of years before beginning his killing spree.

After two jail sentences for grand theft, robbery, assault and rape, he moved to Daytona Beach in 1993.

During this time he continued to work as a prostitute, and was living with a girlfriend who left him after discovering his sex work.

He later told authorities that he blamed gay men for their break-up, and was angered to learn that his girlfriend had done an abortion.

He is the 13th person to be executed in the US so far this year, the Death Penalty Information Center says.
INTERNATIONAL NEWS