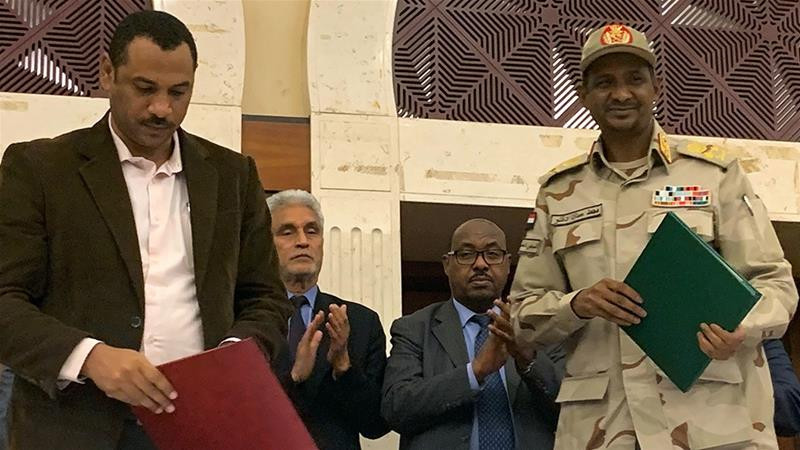 Sudan will be getting a democratic government soon as a final power-sharing agreement was signed by the country's opposition coalition and the ruling military council on Saturday August 17.

The agreement was signed to pave way for a transitional government following the overthrow of long-time leader Omar al-Bashir. Sudan has been ruled by the Transitional Military Council (TMC) since April.

However the negotiation for power sharing which has been on for months between the military and Sudan's main opposition coalition known as the Forces of Freedom and Change (FFC), paid off this week and led to the signing of an agreement for a transitional government.

Some of the key points in the 22-clause accord include;