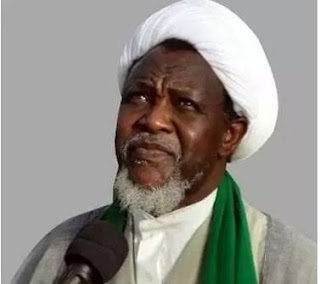 The management of Medanta Hospital in New Delhi, India, has granted the demands of the leader of the Islamic Movement in Nigeria, Ibrahim El-Zakzaky, to allow the doctors he initially had an appointment with to attend to him.
El-Zakzaky had earlier on earlier on wedesday, in a viral audio message, requested to be returned to a Nigerian hospital as the condition at the Indian hospital he was taken to was worse than that of Nigeria.
He accused the Nigerian government of frustrating his medical treatment in India, alleging that the management of Medanta Hospital had been threatened not to admit him for treatment.
“Contrary to what was agreed before our arrival, that our own personal doctors would supervise this treatment. Now they’ve changed the arrangement. So, we objected receiving treatment from strange doctors without the supervision of our own trusted physicians,’’ he added.
However, it has now been confirmed that El-Zakzaky is set to receive care from doctors he had initially booked an appointment with.
Femi Falana (SAN), the lawyer to El-Zakzaky, on Wednesday, said that the situation became normal following intervention by the Nigerian Ambassador to India.
He said, “The reports from the Indian hospital are very disturbing. We have forwarded the complaints of the El-Zakzakys to the Federal Government.
“I have just confirmed that the Nigerian High Commission in India has intervened to ensure that the tight security situation is relaxed to prepare the El-Zakzaky’s for the medical treatment and that they are allowed access to their personal physicians.
NIGERIA