US prolonged trade war with china threatens the Naira, other currencies 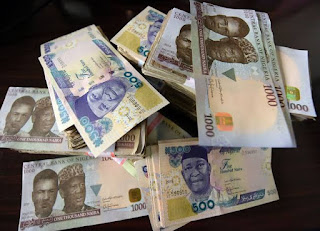 Prolonged trade war between the US and China has sent distress signals to the stock markets in Europe, Japan and America. In this report, ANNA OKON examines the impact of a fresh global crisis on Nigeria’s economy

Economists have observed that since Nigeria’s economy still relies heavily on crude oil export, the country will be vulnerable to a global crisis.

“Our strongest link to the global economy is through the commodity market. A global crisis will affect the price of crude oil and crude oil is the life blood of the Nigerian economy,” the Director General, Lagos Chamber of Commerce and Industry, Mr Muda Yusuf, told The PUNCH.

He added, “It will have a spiraling effect on our key macroeconomic variables. Reduced crude oil price will affect our revenue, our reserves and balance of payment. Our capacity to fund capital projects will be weakened. It will affect our exchange rate and inflation. The stock market will be affected and investors will pull out if there is panic concerning a downturn.”

The secret to avoiding a global crisis is to have a strong economy that will be well managed, according to a former Director General, West African Institute for Financial and Economic Management, Prof Akpan Ekpo.

He, however, lamented that Nigeria had not had such economy and could be badly affected by a global crisis.

He said, “Our economy is still dependent on crude oil dependent. And even if we have a huge reserve, it will not be sustainable. What we need to do is build our infrastructure and produce locally those things that we import.”

The Managing Director, Security, Afrinvest, Ayodeji Ebo, said it would be impossible for Nigeria not to feel the impact of a global economic crisis.

He pointed out that the prolonged trade war between the US and China had already seen sell offs in the Nigerian stock market.

He said, “I feel that once it impacts on oil prices, foreign investors will feel concerned about our ability to defend the naira.

“If the pull-out continues, the Central Bank of Nigeria may be forced to increase rate on fixed income. (We expect maturity of over $10bn between September and December) and the CBN will try as much as possible to retain that fund. It will therefore keep the fixed income rate attractive to reduce the outflow.”

The increase in fixed income rate would defeat the purpose for which the CBN was trying to get banks to lend more, Ebo noted.

An analyst and a lecturer at the Lagos Business School, Dr Bongo Adi, said one thing Nigeria should pray against was global recession.

He recalled that the country emerged from a recession in 2016 and going by past records, after a recession, Nigeria would usually record a growth rate of five per cent

“The case is different this time. Since emerging from the recession, the economic growth has been hovering around one per cent, showing that there has been no sign of turnaround in the real sector. A global recession will not bode well for the country.”

Adi also took a swipe at Nigeria’s monetary policy managers, saying they were not doing a good job.

“The Central Bank of Nigeria is overreaching itself. It is supposed to restrict itself to monetary policy management but it is instead combining that with fiscal policy, dictating interest rate and crowding out the private sector.

“The banks cannot lend to the private sector because some people have opportunity of getting cheap funds at nine per cent from the CBN.”

Culled from THE PUNCH
BUSINESS